1xBet sportsbook allows you to bet on more than 30 different sports and e-sports options. You also have the option to access an online casino at 1xBet and play slots, table games, video poker, jackpot games and live dealer games. In this review, we will focus entirely on the sportsbook and show you why Indian bettors rate 1xBet so highly. And as the cherry on top we’ve hooked you up with a bonus offer exclusive to BettingGuru!

The sports section brings you a plethora of betting options on popular games in India which include cricket, football, hockey and basketball. Plus, you can bet on different eSports events taking place around the world in the e-Sports section. Indian bettors will find the sign-up process extremely easy and will be able to start betting as soon as they complete their account registration process and top up their account.

1xBet provides you with more than 100 payment options, all of which support the Indian Rupee (INR). You can make payments with Indian e-wallets (Paytm, UPI, G-Pay) and all mainstream payment options such as (Bank Cards and e-Wallets). 1xBet also allows you to place bets with cryptocurrencies.

If you run into any trouble while betting, you can contact the support team that is available on a 24/7 basis.

Keep reading if you would like to learn more about the special promotions and sports betting options that are available at 1xBet.

First Deposit Bonus BettingGuru Special: 1xBet offers players a 100% match deposit bonus at their sportsbook. The maximum bonus you normally can get is up to 8000 INR. But the team at BettingGuru has hooked you up with little extra. If you use the code “bettingguru” on your first deposit, the maximum amount is increades by 30%. Landing you at 100% match deposit bonus up to ₹10,400! This boost comes without any extra demands, besides entering the code, making it a no-brainer to take advantage of if you are going make use of the bonus.

If you want to play on their casino section and intend to make use of their casino bonus, well the same goes there. Use the code “bettingguru” and boost the welcome package by 30% making the total value up to €1950 instead of €1500

Weekly Bonus for Bets Placed: Get a cashback bonus every week for all bets you place at the casino. You can avail this offer by logging in to your account and placing bets throughout the week. Once you do so, you get a 0.18% cashback of your total betting amount. The maximum you can win is capped at 5000 INR and the offer only applies to single & accumulator bets.

10% Cashback Bonus: This offer allows you to get a 10% cashback on every deposit you make at the bookmaker. Just use Paytm, UPI, or Paytm UPI to make a deposit of at least 450 INR and get 10% cashback on your deposit amount. To get this bonus, you need to wager on pre-match or live accumulator bets that have 3 or more events and odds of at least 1.8.

Loyalty Program: 1xBet offers you an 8 level VIP program, where you start at the first level of Copper and advance to the next level by accumulating VIP points. You also get exclusive offers, premium support, and cashback by being a part of the loyalty program.

E-Sports Bonus Calendar: This is not a bonus offer per se, but a menu of all e-sport bonuses available at the sportsbook. You can access this from the Promo tab to check which offers you can avail for the day as well as the upcoming days at 1xBet.

There are many other bonuses available at the sportsbook. To access the Promotions page, you need to click on the ‘Promo’ tab and then on ‘Promotions’. From there, you can view more than 10 bonus offers. Some of these apply to the bookmaker, while others are for the online and live dealer casino. 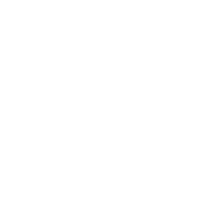 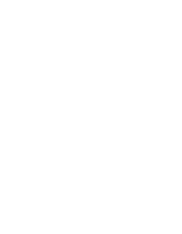 1xBet offers a large amount of betting markets. Here follow some of the most interesting ones:

Cricket: For Indian bettors, the most popular sport in the world is cricket. 1xBet recognizes this fact and has given cricket a separate tab in the top bar. You can bet on men and women cricket tournaments like ODI World Cup, T-20 Series, Test Matches, and various T20 cricket premier leagues happening around the world. Some of the featured T20 leagues include the IPL, BBL and CPL.

Hockey: The sportsbook also allows you to bet on the national game of India – Hockey. This game is titled ‘Ball Hockey’ at the casino to avoid confusion with other forms of hockey (Ice Hockey, Air Hockey). You can bet on single matches, players, goals, and tournaments in this section.

Football: You can also bet on the most popular sport in the world – football. Although football is not as popular as cricket in India, it is still followed religiously by a large section of Indian fans. With the advent of the Indian Super League (ISL), the popularity of football continues to grow especially in places like Bengal, Goa and North East India.

Badminton: The sport of badminton can be considered the most-followed sport in India after cricket and football. The Indian badminton team have done well in recent years at the Olympics and have players who are ranked high in the world rankings.

eSports: If you are a fan of video games, you can bet on a range of e-sports at 1xBet. Some of the popular eSports tournaments that you can bet on include Counter-Strike: Global Offensive, Dota 2 and League of Legends.

Other Sports: Apart from all the categories mentioned above, Indian players can bet on a host of other options at 1xBet. These include Basketball, Tennis, Volleyball, Table Tennis, American Football, Rugby, Baseball and Mixed Martial Arts (MMA).

Some of the options include debit and credit cards, Skrill, Neteller, PayPal, Paytm, G-Pay, UPI and popular cryptocurrencies like Bitcoin.

All of the deposit methods are free and instant. In case of withdrawals, there is no service charge on any method and the overall processing time is determined based on the payment method you choose. Do note that you are required to go through a KYC process before you can get your first payout.

You will have to provide ID and verification documents to customer support to complete the KYC process. A passport or driving license and 3 months of your latest utility bills will suffice.

If you want to get help, you need to click on the ‘More’ tab and then click on ‘Contacts’. Once there, you can use the following methods for accessing customer care:

Below is a list of pros & cons associated with playing at 1xBet sportsbook.

We recommend 1xBet to Indian players who are bored with the usual options available at other bookmakers. At 1xBet, you can bet on sports, e-sports, casino games, and live dealer titles; enjoy an 8 tier VIP program; get access to a host of promotional offers and make payments using a large number of banking options.

Indian bettors who like placing bets while on the move will be able to use the 1xBet betting app and turn their mobile phones into a mobile sportsbook. You can also place wagers via Telegram. In our experience, customer support is always on standby to help you deal with any issues or concerns you might face.

Do I need different logins for sportsbook and online casino?

No. You will be able to use the same login ID and password to access both the sportsbook, casino and live dealer casino.

How can I place a bet at 1xBet?

To bet at the bookmaker, first create your account and make a deposit. Then, navigate to the sports/e-sports section, select the game you want to bet on, load up your bet slip with a wager, and click on ‘Add to Bet Slip’ to place a bet.

What are pre-match & live betting options?

When you place a bet way before an event starts, it is called pre-match betting. When you start betting while a match/event is going on, it is called in-play or live betting.

Can I bet on 1xBet using mobile devices?

A. Yes, the bookmaker provides you a smartphone app as well as a mobile website to enjoy mobile betting. You can download the app (for Android & iOS) from 1xbet.in/mobile/ or can simply bet on the mobile website.

How can I make payments with Indian options like Paytm, Google Pay, and others?

To make payments (deposits & withdrawals) with Indian options like G-Pay, Paytm, and Phone Pay, follow the steps given below: